The Lemonheads’ energetic, pop-grunge take on Different Drum now looks like a dry run for their hit version of that other AOR classic Mrs Robinson. The lesser-known Different Drum is so much better though – less obvious, more original, more fun. The feedback and unpolished production contrast beautifully with the baroque rock elements and Evan Dando croons out the ballad with enthusiasm and the requisite emotion.  It’s a better song too.

I bought this back in 1990 on the Favourite Spanish Dishes 12″ having heard Different Drum played by John Peel. It was one of my purchases from a rainy afternoon spent in Replay Records in Bristol. I was visiting my big sister at university and she’d stuck me on a bus to the city centre to get rid of me for a few hours. The excellent, subterranean –  and now sadly gone – Replay was a real treasure trove and I came away with this, The Boo Radleys’ Kaleidoscope EP and a copy of Lime Lizard magazine in which Mudhoney mocked their interviewer for having long hair, having recently cut theirs. As a Mudhoney fan who was desperately growing his hair, this had me bewildered – why would they do this?

Different Drum, written by Monkee Mike Nesmith and originally recorded by the bluegrass band The Greenbriar Boys, is technically not a cover of a Linda Rondstadt song, but that’s how John Peel announced it on his show, so that’s what it’s always been to me. It’s also how my mum recognised it when she heard The Lemonheads’ version blasting out of my bedroom on my return home. Turns out she’d been a fan of the Linda Ronstadt single back in the ’70s, though that’s not necessarily a recommendation. 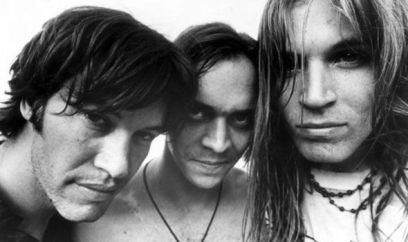 A couple of years later The Lemonheads went mainstream with Mrs Robinson and the breakthrough album It’s A Shame About Ray. I once got together with a girl because she thought I looked like Evan Dando. Hmm! I mean I did have the hair by that point but to be honest I think it was more that she really wanted to see it; and I was cool with that!

Mudhoney’s 1995 single Generation Spokesmodel – “Oh I got these looks, That just won’t quit, I got at least, A half of some kind of wit” – is supposedly a dig at Evan Dando, and there are lots of reasons why this would make perfect sense, though they tend to deny it. Despite Mark Arm’s disapproval, I still have my vinyl copy of Favourite Spanish Dishes, long after the Kaleidoscope EP got traded in.

‘Love Or Confusion’ by The Jimi Hendrix Experience covered by Screaming Trees – Magnificent Cover Version No.15

‘Happiness Is A Warm Gun’ by The Beatles, Covered by The Breeders – Magnificent Cover Version No. 2

Patti Smith always felt a deep connection to the famous. She seemed to simultaneously crave the company of beautiful people and feel awkward in it – as if  she belonged there but wasn’t sure why. In the brilliant oral history of New York punk, Please Kill Me, Penny Arcade related a story about Patti hanging around with Eric Clapton not long after she’d arrived in the city. Eventually he said to her, “Do I know you?”. “Nah”, she replied. “I’m just one of the little people”.

Patti first began to make a name for herself in New York by performing poetry and impressing everyone who counted in the punk scene with her intensity and vulnerability. When she’d finished reading a poem she would scrunch up the paper it was written on into a ball and drop it to the floor. Sometimes she would throw chairs.

It was a concert by The Rolling Stones at Madison Square Garden that turned Patti towards music. According to Patti, Mick Jagger was “fucked up” that night. “He was not a rock and roller that Tuesday night. He was closer to a poet than he ever has been, because he was so tired, he could hardly sing”.

Patti the poet could sing. Her combination of passion, powerful voice and vivid poetry cemented her status as a punk star, right from her 1975 debut album Horses. She’s been there ever since. As a survivor of the original New York scene, she’s now practically royalty.

In 2007 she released Twelve, an album of covers featuring versions of songs by artists as diverse as Hendrix, Nirvana, The Doors, Tears For Fears and Stevie Wonder. Patti’s low-key take on Teen Spirit is great, but it’s when she gets to grips with the work of her long-time heroes that her charisma takes things to another level. Gimme Shelter is something of a sacred cow for Stones fans, and it took balls to take it on. That’s something that Patti’s never lacked. Musically it’s pretty close to the original but the raw emotion in Patti’s voice in her cover version adds a new emotional authenticity to an enduring classic and adds yet more weight to her enduring legend. Even when she’s covering other artists, she’s a complete original.

I discovered Patti Smith through a cover version. Birmingham-based, Bleach-blond indie-rockers Birdland released a version of her Rock ‘n’Roll Nigger as a single in 1990 and the 7″ of this was one of my earliest vinyl purchases. This was at a time when I had no money and was rifling through bargain bins to boost my meagre record collection. It’s a pretty good cover; I certainly made a lot of worse purchases in those days. 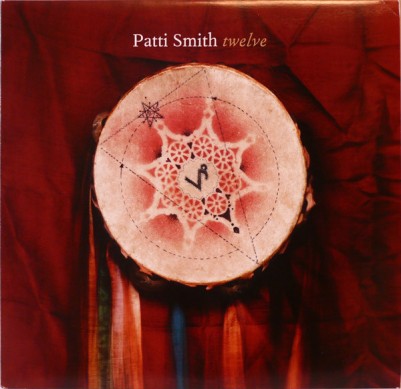