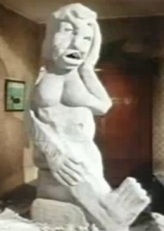 Some time in the late past, NoiseCrumbs wills itself into being. Twitter is its initial realm, where it will gestate, expand and evolve in ways that cannot be predicted. Is he live or dead? Has he thought within his head?
NoiseCrumbs is nourished by tweets about music and its appetite is voracious.
Decades of music that has grabbed, shaken, lifted and thrown this listener immeasurable distances generates fodder for the beast. It remains insatiable. Inspiration is sought and arrives through the unlikely medium of the cover version. The MAGNIFICENT cover version.
I check and can immediately reel off 10 magnificent cover versions in 10 seconds – that’s a rate of 60 a minute. That works out at 3,600 per hour. That will feed NoiseCrumbs. That is the answer. NoiseCrumbs will never be without sustenance again.