One of my cousins grew up abroad, in a country where the latest pop music wasn’t available. When she came back as a teenager, the only pop group she knew was ABBA. Me and my sister thought that this was hilarious – my big sister liked Nik Kershaw,  I didn’t really think about music much. By the time I was a teenager and thought about music a lot, ABBA were just a kitsch band from distant yesteryear.

A couple of years before the ABBA revival, which seems to have lasted ever since, I went to Ibiza for a fortnight with my mate Millhouse. Millhouse was in charge of the music, which meant a cassette player as hand luggage and one mix-tape, which he compiled especially.

That mix-tape was weird. I can’t remember it all, but I will always associate the tracks I do recall from it with that holiday. The Sex Pistols’ ‘Holiday In The Sun’ was one (an obvious choice); ‘Flashlight’ by Parliament was another. ‘There Ain’t Half Been Some Clever Bastards’ by Ian Dury and the Blockheads was on it and ‘Hey, Hey Helen’ by ABBA. Don’t ask me why he put it on there, but ‘Hey, Hey Helen’ was new to me and it ROCKED!

A couple of months ago, I was writing a piece about a new shoegaze compilation, which had led me to rediscover Lush. Lush happened to be releasing their first new material for decades at the time, so it’s fair to say that they were high up in my consciousness when I was thinking about the first Magnificent Cover Versions; ‘Hey, Hey Helen’ became No. 3.

The original song is a slow-paced, glam rock stomp and the cover is an upbeat, ethereal jangle and they’re both great. Back in Magnificent Cover Version No. 1, a ‘rule’ was set that the cover should be better than the original, but I think with this one it depends on your mood. So, three choices in, I’ve already bent one of the ridiculous, arbitrary rules that would come to cause me such a pain in the arse later on in this ‘project’ I should have just chosen their amazing cover of ‘Chirpy, Chirpy, Cheep, Cheep’. But who were Lush covering there? It was originally by someone called Lally Stott, but it was the version released by the band Middle Of The Road that made ‘Chirpy, Chirpy, Cheep, Cheep’ (inexplicably) popular. So who was being covered? This was a question which come up again and again with other covers. Also, Lush’s cover was from the ‘Alvin Lives In Leeds’, anti-Poll Tax compilation and another ridiculous, arbitrary rule I set was that there could only be one song from any one album, and there were better choices on there…. 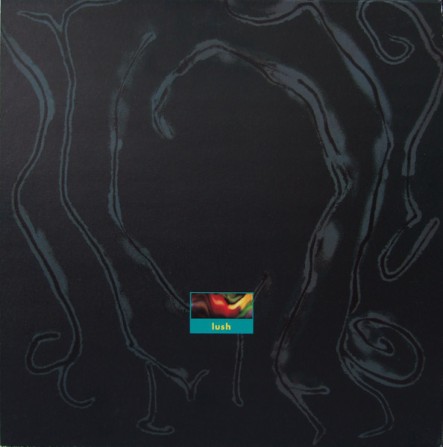