Shonen Knife’s version of The Carpenters’ standard retains the blissed-out positivity of the original On Top Of The World, ditches the country and western elements and gives it a welcome upbeat, pop-punk twist.

On Top Of The World was released as part of one of those tribute albums that always look they’re going to be a really good idea but ultimately don’t add up to the sum of their parts.

For someone like me, who regularly writes blog posts about cover versions – for reasons that I can’t quite remember or adequately explain – tribute albums aren’t the rich source of inspirational material that they could be.

The idea is to take a seminal act like The Smiths, The Clash, or the Pixies, get a load of contemporary bands to cover their best known songs and package them up together in a collection. This ought to work more often than it does – songs you know covered by acts you like – but they tend to disappoint for some reason. 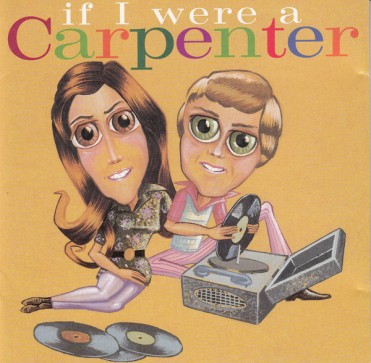 If I Were A Carpenter, released in 1994, is one of those disappointing compilations. It saw some of The Carpenters’ best known songs – We’ve Only Just Begun, (They Long To Be) Close To You, Yesterday Once More – covered by amazing bands like Redd Kross, Babes In Toyland and Sonic Youth but none of them really hit the spot, except for Shonen Knife’s Top Of The World. Unlike other songs on the album, SK get the balance just right between showing due respect for the original and putting their own stamp on the song, so it feels simultaneously familiar and new. I don’t see how even a fan of the Carpenters would fail to enjoy this as much as a punk fan.

Shonen Knife have been around since 1981 and in 1989 they got the disappointing tribute album treatment themselves. Every Band Has A Shonen Knife Who Loves Them features L7, Sonic Youth, Blue Oyster Cult, Lunachicks and a load of ’80s bands that have since slipped into obscurity, but whom no doubt somebody still loves.

Shonen Knife continue their cartoon punk odyssey to this day, recording and touring the world with lead singer/guitarist Naoko Yamano the only consistent member for their 36-year and counting career. They’ve got about 25 studio albums in their discography, the latest being Adventure from 2016, and they’ll probably be playing near you soon.

‘Surfin’ Bird’ by The Trashmen, covered by The Ramones – Magnificent Cover Version No.23