You can’t fault charismatic London indie punks the Silverfish for their ambition in covering White Lines (Don’t Do It). They take Grandmaster Flash & Melle Mel’s early hip-hop classic and give it an unhinged, noise rock spin. Nobody would seriously claim it improves on the original, but it’s good, raucous fun; like something belted out at the end of a drunken rehearsal, just to amuse the band.

The distinctive bassline is thoroughly distorted but still recognisable somewhere beneath the wailing feedback, rumbling drums and Fuzz Duprey’s squally, phased guitar gibberish. Lesley Rankine delivers the rap in her gruffly aggressive way and most of the lyrics seem to be there. I haven’t checked that, to be honest. That’s not part of the service I’m providing here, which can be summarised as drawing your attention to/reminding you of/making sarcastic comments about this particular cover version. Feel free to compare the two versions for yourself. Here’s the Silverfish.

Silverfish were active between 1988 to 1993 during which time they made quite an impression on anyone who heard them at their thrillingly chaotic live shows or via their various Peel Sessions. Their uncompromising attitude and warped sense of humour secured them plenty of music press coverage too, despite the overriding popularity of baggy, indie-dance and shoegaze bands at the time.

White Lines was one of the highlights on the Silverfish’s first full-length album, Fat Axl, released in 1991, the follow-up to the previous year’s brilliant, 1990 mini-album Cockeye. Like most good things, it was produced by Steve Albini, under the pseudonym of Ding Rollski. 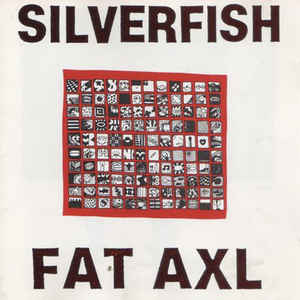 Fat Axl was well-received by critics and fans alike but was too raw, uncompromising and resolutely uncommercial to ride the US grunge wave that was just starting to gather pace –  though they did make a memorable appearance in the early afternoon at Reading 1991, sandwiched between Babes In Toyland and Nirvana.

Of course these days the phrase Fat Axl is more closely associated with a series of memes taking the piss out of Axl Rose for being overweight. They’re not that funny – generally featuring painful puns that crowbar junk food items into Guns ‘n’ Roses lyrics – but Axl himself has stepped in to give the situation some humour by demanding that Google removes them from the internet, and seemingly expecting that to happen.

The Silverfish’s next, and last, album Organ Fan (1992) did slightly better commercially than its predecessors, despite a sludgy mix that diluted the band’s attack. It also spawned what may have proved to be their most lasting legacy; the feminist t-shirt slogan ‘Hips, Tits, Lips, Power’ – taken from the chorus of single Big Bad Baby Pig Squeal. This garment quickly became extraordinarily popular with badass indie girls.

That t-shirt and that slogan may have lived long in the mind, but the Silverfish deserve to also be remembered for the brash, witty, aggressive and downright life-affirming majesty of their music.

Whilst ‘researching’ this post I discovered that Duran Duran took a lead from Lesley, Fuzz and the boys and released their own cover version of White Lines in 1995. If you click this link you’ll be taken to the official video for the single. It features Simon Le Bon and whatever the rest of them were called, leaping around, like they’re McBusted or something, despite being immensely old by this time. Probably best if you don’t click the link. 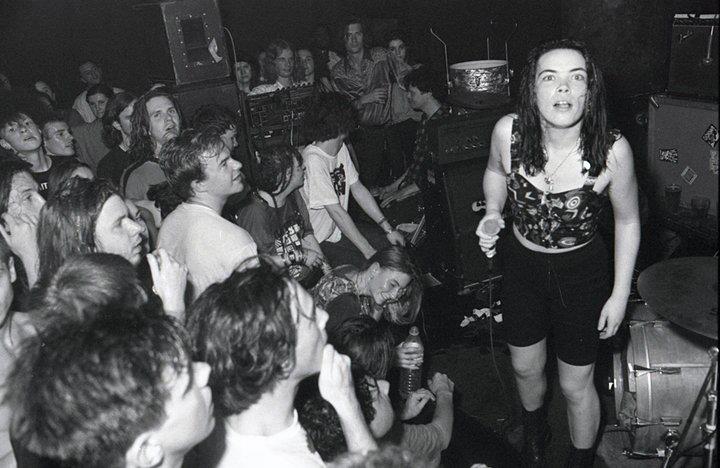